Even though you may be older in age, you can always keep your mind young with mature dating! Take a quick stroll through Single and Mature, and you'll find tons of mature single women and men just like you looking for dates. Make your decision now to start dating mature individuals, and you'll see that you always have that chance to enjoy new beginnings with new people around you.

It doesn't matter how long you've stopped dating; when you're ready to date and love again, you still can! Give our mature dating site a try today - after all, what have you got to lose?

In the past, dating had always been for the younger crowd - people in their 20s and 30s were the most prevalent age groups that engaged in meeting other people through the internet. These days, however, lots of older singles have joined the dating scene, as they increasingly feel that it's never too late for them to find love in their twilight years. Though it was considered odd even ten years ago, it's now actually a huge online dating category! The reality is that older dating sites have members which are the most successful at dating. These people are, in fact, more relaxed and open-minded as compared to the younger generation, which is why it's easy for them to find a better match. 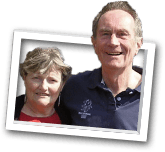 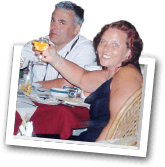